Mercury as a Water Contaminant 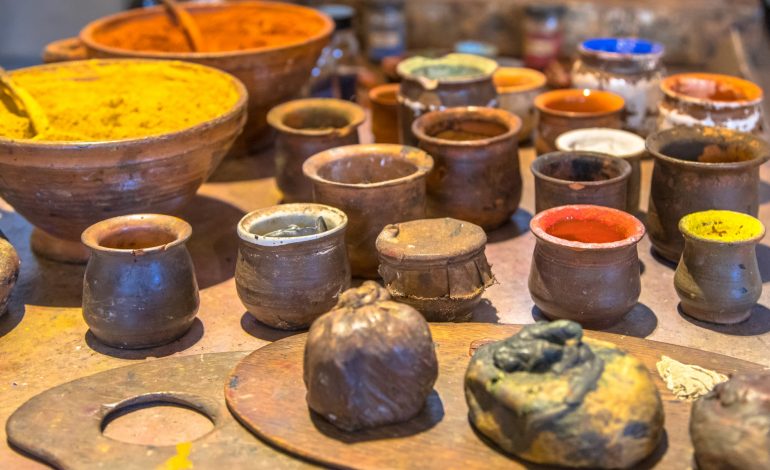 Occurrence
Mercury is a naturally occurring metal that has several forms. The metallic mercury is a
shiny, silver-white, odorless liquid. If heated, it is a colorless, odorless gas.
Mercury combines with other elements to form inorganic mercury compounds. Mercury also
combines with carbon to make organic mercury compounds. The most common form of
organic mercury, methyl mercury, is produced mainly by microscopic organisms in the water
and soil. Organic mercury can accumulate in microorganisms, water plants, and eventually
sport fish tissue. It is a cause of consumption warnings for sport fish from some inland lakes
and rivers, especially in the northern United States.
Metallic mercury is used to produce chlorine gas and caustic soda, and is also used in
thermometers, light bulbs, dental fillings, and batteries. Mercury salts are sometimes used in
skin lightening creams and as antiseptic creams and ointments.
The major source of mercury is from natural degassing of the earth’s crust in the range of
25,000-150,000 tons of mercury per year. Twenty thousand tons of mercury are also released
into the environment each year by human activities such as combustion of fossil fuels and
other industrial release. Often mercury from these sources can circulate in the global
atmosphere for months from distant continents, across oceans, etc. and finally settle in inland
rivers, lakes, and streams anywhere. Water borne pollution may originate in sewage, metal
refining operations, or most notably, from chloralkali plants.
While metallic mercury is normally a concern in as a vapor in the air, methyl mercury is
often found in sediments and in fish. Mercurous and mercuric salts and compounds can be
found in water and would be of concern if present in excessive amounts.
Health Effects
Eating fish or shellfish contaminated with methyl mercury, breathing mercury vapors in air,
or release of mercury from dental work and medical treatments are some of the potentially
major sources of excessive mercury intake by humans. The greatest concern for mercury
poisoning comes from the food chain especially where fish is common in the diet. A build
up of mercury in the food chain presents a greater risk of mercury poisoning due to
bioaccumulation and biomagnification, however this should not diminish the concern for
mercury in water.

Methyl mercury and metallic mercury vapors are more harmful than other forms, because
more mercury in these forms reaches the brain. Exposures to high levels of metallic,
inorganic, or organic mercury can permanently damage the brain, kidneys, and developing
fetus. Effects on brain functioning may result in irritability, shyness, tremors, changes in
vision or hearing, and memory problems.
The EPA has set a Maximum Contaminant Level Goal (MCLG) and a Maximum
Contaminant Level of 0.002 mg/l (ppm) for mercury in water.
EPA has found mercury in water to potentially cause kidney damage from short-term
exposures at levels above the MCL. No Health Advisories have been established for shortterm exposures, however. On a chronic basis, mercury has the potential to cause kidney
damage from long-term exposure at levels above the MCL. However EPA has not found
enough evidence to state whether or not mercury has the potential to cause cancer from
lifetime exposures in drinking water.
Treatment Alternatives
Both inorganic and organic mercury can be theoretically reduced in water with distillation,
reverse osmosis and ion exchange (strong base anion, weak base anion and specialty types of
ion exchange resin). Also effective are the activated carbon, specialty media adsorption and
filtration products, such as solid block and precoat adsorption filter.
Examination of third party testing organizations’ listings show a large number of carbon
based filters and a few distillers have passed the established testing protocols for the
reduction of the inorganic mercury in water by 66% or higher. None of the reverse osmosis
systems have yet been tested for such capabilities.
The treatment methods listed herein are generally recognized as techniques that can
effectively reduce the listed contaminants sufficiently to meet or exceed the relevant MCL.
However, this list does not reflect the fact that point-of-use/point-of-entry (POU/POE)
devices and systems currently on the market may differ widely in their effectiveness in
treating specific contaminants, and performance may vary from application to application.
Therefore, selection of a particular device or system for health contaminant reduction should
be made only after careful investigation of its’ performance capabilities based on results from
competent equipment validation testing for the reduction of mercury.
As part of the installation procedure of Point of Entry Units, system performance
characteristics should be verified by tests conducted under established test procedures and
water analysis. There after, the treated water should be monitored periodically to verify
continued performance. The water treatment equipment must be controlled diligently to
ensure that acceptable feedwater conditions and equipment capacity are not exceeded.

Contaminant MCL mg/ml Treatment Methods
0.002 total Distillation, Reverse Osmosis,
Metallic Mercury (Hg) mercury GAC Filters, Solid Block & Precoat
Adsorption
Mercuric (Hg+2) Filters (i.e., properly designed
Mercurous (Hg+1)
Methyl Mercury submicron filtration with adsorption
media),
The Water Quality Association publishes this Technical Application Bulletin as a service to
its members and the interested public. Information contained herein is based upon the most
recent public data known as of the publication date, which is printed at the bottom of the last
page, and of course, cannot take into account relevant data published thereafter. The Water
Quality Association makes no recommendations for the selection of a treatment system, and
expressly disclaims any responsibility for the results of the use of any treatment method or
device to reduce or remove a particular contaminant.